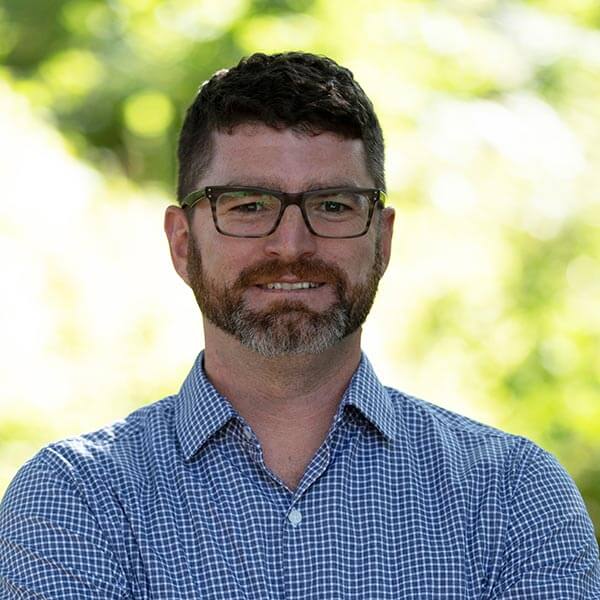 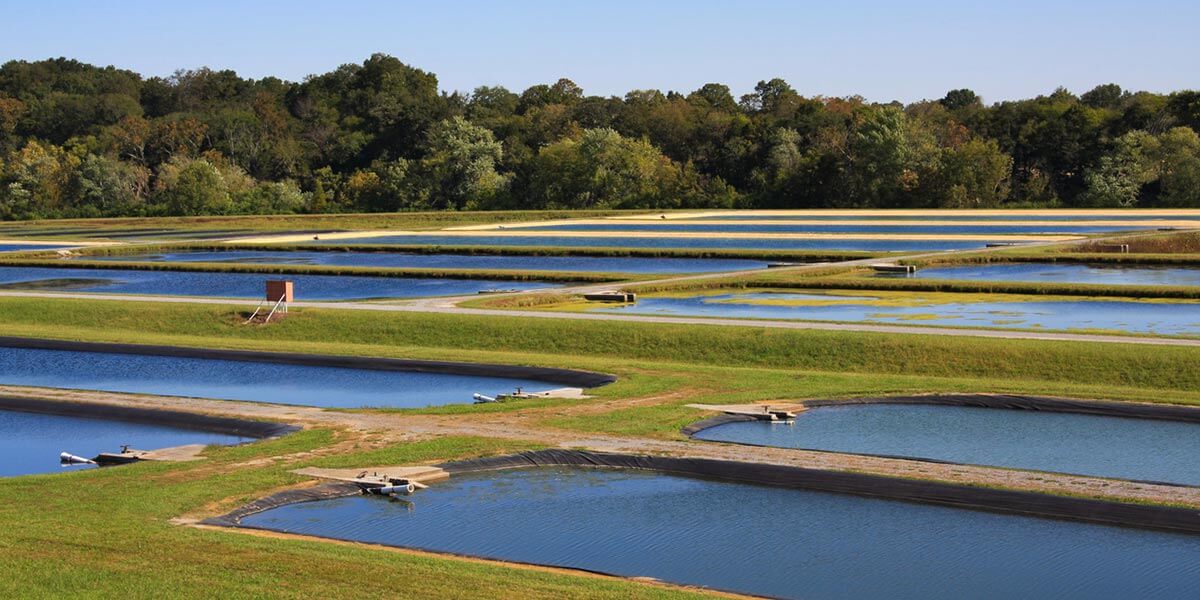 Demand for Seafood is increasing around the world. According to the "Seafood - Global Market Trajectory & Analytics" 2022 report, the global market for Seafood estimated at US$116.8 Billion in the year 2022, is projected to reach a revised size of US$134 Billion by 2026, growing at a Compound Annual Growth Rate (CAGR) of 2.9% during his period.

Although the US has long been a major consumer of seafood, rising per capita fish consumption in countries such as China, India and other East, South and Southeast Asian countries is driving overall seafood volume growth according to the report. Going forward, developing countries are poised to account for more than 80% of total new seafood consumption by 2030.

What does this mean for global seafood production, especially when many regions around the globe are facing challenges like ecosystem stress, habitat threats, and illegal and overfishing?

Aquaculture could be the answer to multiple global food demand and sustainability challenges facing companies, governments, and non-governmental organizations.

Is Aquaculture the Answer?

Broadly, aquaculture is the breeding, rearing, and harvesting of fish, shellfish, algae, and other organisms in all types of water environments, typically classified by two types -- marine and freshwater. Regarding the former, new approaches, innovation, and technology have made it possible to grow food in the open ocean, coastal marine waters, and even onshore, re-created habitats for young stock.

Farmed seafood can play a major role in feeding the world’s growing population while simultaneously providing better lives to farmers and their families. When done sustainably, aquaculture can address many environmental and social impact goals, including taking pressure off stressed and overfished oceans.

But aquaculture is not without its flaws. Despite impressive growth, the aquaculture industry faces several serious challenges.

What are the Pros and Cons of Aquaculture?

To better understand the benefits and challenges of aquaculture, we compiled a list of the top aquaculture pros and cons.

Among the pros of aquaculture, major seafood buyers, including institutional food service, restaurant chains, and retailers, have made significant commitments to buying and selling sustainably farmed seafood to remain competitive and meet their environmental and social impact goals.

In fact, over 90 percent of U.S. retailers and 75 percent of EU retailers have committed to buying and selling sustainable seafood, and many are committed to providing transparency regarding their commitments and solution roadmaps.

For example, in 2022, Publix Super Markets and Ahold Delhaize USA announced continued action in support of sustainable sourcing, including participation in the Ocean Disclosure Project, which provides information regarding the details of its seafood suppliers including the locations of fisheries, environmental impacts and types of fishing gear used.

In addition, the chain announced a new state labeling system and signage for domestic seafood, and its continued work with the Sustainable Fisheries Partnership, a nonprofit marine conservation organization dedicated to bringing retailers, seafood buyers and their supply chains together to address this challenge. Publix has also adopted the Global Sustainable Seafood Initiative benchmark for the products covered in the Ocean Disclosure Project and the grocer’s aquaculture products. The GSSI strives to develop an internationally agreed upon set of requirements to compare and measure the performance of seafood certification.

2. Aquaculture is a Booming Industry

Today, the aquaculture industry accounts for about 52 percent of the world’s fish used for food. But by 2030, it’s anticipated that aquaculture will supply more than 60 percent of fish destined for human consumption.

According to the Global Aquaculture Market Report 2022, the aquaculture market is expected to grow to $50.38 billion in 2026 at a CAGR of 7.7%. Thus, one of the pros of aquaculture includes the fact that as a growing industry, it can be an economic driver, contributing to employment, trade, and local and regional economic development.

3. A Nutritious and Healthy Protein Source

Health experts recognize fish as one of the most nutritious and healthy protein sources. It is packed with important nutrients that most people are lacking, including Vitamin D and omega-3 fatty acids, which are crucial for optimal body and brain function and strongly linked to a reduced risk of many diseases.

One of the many pros of aquaculture is that it can in addition to generating supply for global markets, it can also expand supply locally, providing communities with greater access to fish and seafood. This can help reduce global hunger and improve the health and wellbeing of the world’s growing population.

Traditional land-based agriculture used for meat production including chicken, pork, and beef are extremely resource-intensive. Half of the world’s habitable land is used for food, with 75 percent going to animal-protein sources, which also use a significant amount of the world’s freshwater resources.

Although there are certainly environmental impacts associated with aquaculture, especially varied by context, there are some considerable benefits relative to other forms of livestock farming. Marine aquaculture operations typically have a smaller carbon footprint and requires fewer resources, using less water and requiring less land, and are considered more efficient at converting feed into protein for human consumption.

More than 20 million people—many of whom are small farmers in developing countries—count on aquaculture for their livelihoods. These year-round jobs also employ women, though documentation of participation may be lacking, and many are still greatly underpaid.

Despite this challenge, as aquaculture grows, it offers opportunities to improve the economic wellbeing and sustainability of communities around the world, particularly when there are intentional efforts to improve access and resources for local participation, including women.

Implementing firms like Resonance have seen the tremendous opportunities and impact that private sector engagement via partnerships supported by USAID and other catalyst agencies have made possible in this space and in strengthening supply chains. 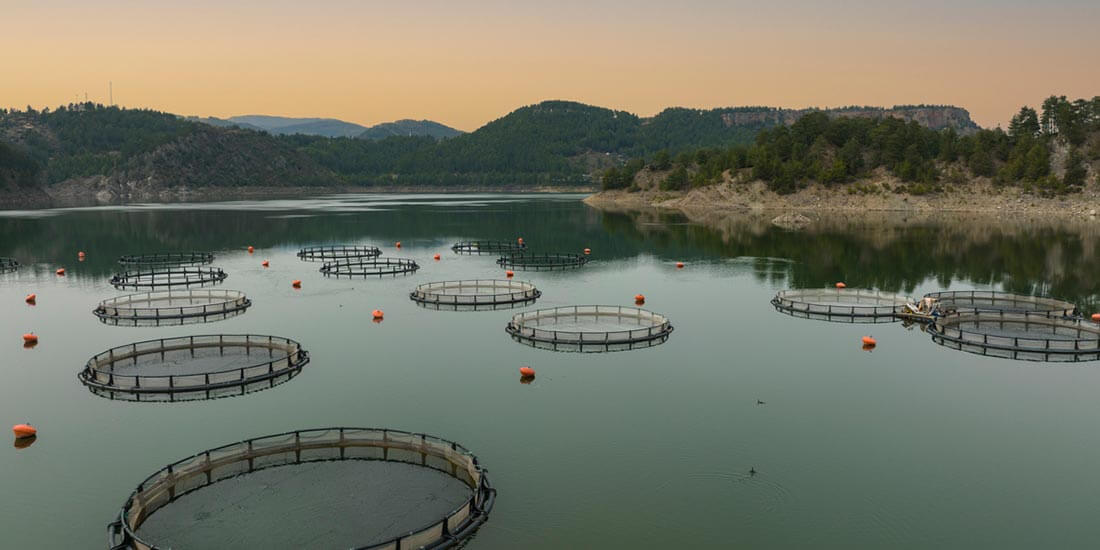 Aquaculture faces its own set of environmental issues ranging from destroying important ecosystems and habitats to the use of harmful chemicals and antibiotics, and the reliance on wild-caught fish and other unsustainable ingredients in feed.  However, the environmental impact of aquaculture is completely dependent upon the species being farmed, the intensity of production and the location of the farm. These impacts are certainly considered among the cons of aquaculture; however, in recent years, new strategies and technologies have emerged to address aquaculture with the goal of sustainability.

The aquaculture industry and supply chains often have limited government oversight and lack transparency, heightening the risk of human rights violations and unfair labor practices. In some regions of the world, social conflicts have erupted between land users and aquaculture farmers over water supplies.

As noted above, more women are engaging in aquaculture, which is certainly a positive advance; however, there is still much work to be done regarding labor conditions, pay, inclusion of women’s labor and roles in both data collection and representation, and increased access to innovation and technology, resources, and financial support for more equitable and full participation.

Aquaculture supply chains are complex and opaque with a larger number of intermediaries. As a result, seafood buyers have struggled to assure that they’re purchasing sustainably sourced seafood.

However, it’s estimated that certiﬁed farmed ﬁsh and shellﬁsh only represent about eight percent of global aquaculture production and are primarily concentrated in a limited number of species and countries.

Plus, certification protocols and farm audits often cannot effectively uncover human rights abuses or address social issues. Perhaps the challenge of certification isn’t one of the several prohibiting cons of aquaculture; however, it is a critical component of the sustainable supply chains that needs attentive problem solving.

Certification schemes have proven ineffective at scaling sustainability and social improvement initiatives for small-scale farmers. Existing programs are better suited to large-scale, consolidated aquaculture industries such as farmed salmon, rather than industries that rely on small pond-based production like shrimp.

Under current certification schemes, there are also limited incentives for farmers to improve the sustainability of their farms.

Among the cons of aquaculture, farmers face numerous barriers including limited local acceptance, cost, the high degree of organization and record keeping need to demonstrate performance, and the time it takes to complete assurance requirements (which can range from one to four days).

Even when farmers use sustainable practices, many cannot demonstrate them according to the chosen standard, or are not rewarded through increased prices or improved market access.

The Future of Aquaculture

There are numerous pros and cons of aquaculture described abovethat current and potential small-scale farmers face and must consider when participating in this growing sector.  Despite the many challenges, aquaculture will play a significant role in advancing economic, environmental, and social impact goals.

This isn’t a challenge that any buyer, government, or non-government organization can achieve on its own. It will take concerted effort from cross-sector partners, often with designed innovation, innovative finance mechanisms, and capacity building efforts, to advance aquaculture together. 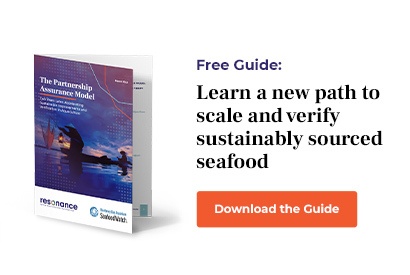