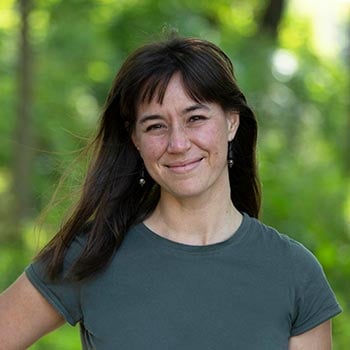 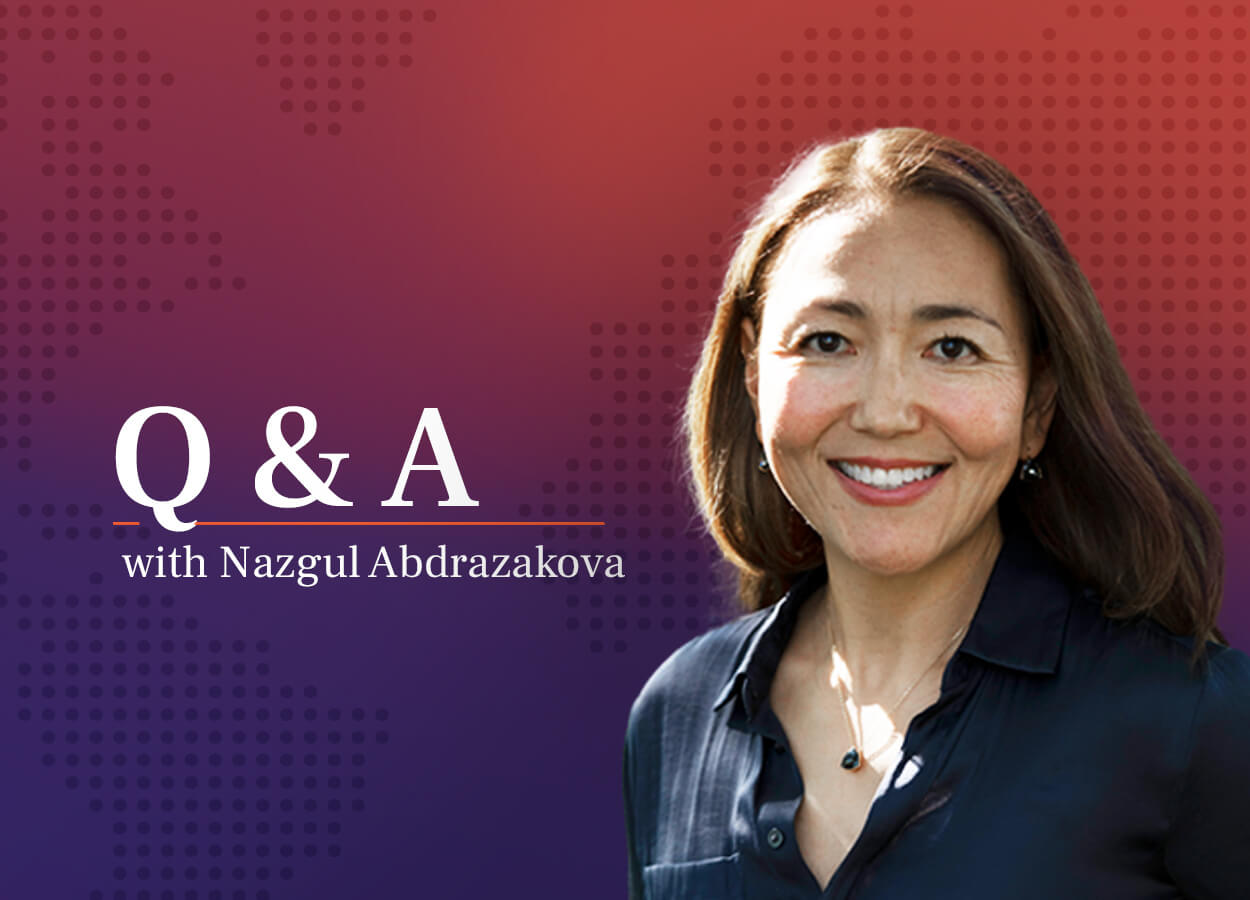 The year’s International Women’s Day celebrates Women in Leadership—highlighting the vital importance of women’ voices and contributions, especially in this radical age of COVID-19.

In honor of women leaders, we sat down with our own: Resonance’s President and CEO Nazgul Abdrazakova. Nazgul began her global development career in Kyrgyzstan, just after the fall of the Soviet Union. Nazgul’s husband Steve Schmida started Resonance in 2005, and Nazgul joined the company two years later. Today, she oversees business operations and strategy to drive continued growth and evolution. Under Nazgul’s leadership, Resonance has grown from a small startup into an award-winning global consulting and advisory firm with more than 100 staff worldwide.

In our conversation, Nazgul reflected on guiding a company through the trials of 2020, her professional beginnings in the former Soviet Union, and her advice for the women leaders of tomorrow.

Q. What most inspired you to get involved in the global development field?

I became involved with global development in my early twenties. But, at first, it was not born from passion. I grew up in Kyrgyzstan when it was a part of the Soviet Union. And when the Soviet Union collapsed; Kyrgyzstan became an independent country. I had just graduated from college, and I didn’t know what my future would look like; there was so much uncertainty at that time.

The 90s were a tumultuous time in Kyrgyzstan. There were high rates of unemployment, about 95%. A new currency had been introduced. Inflation skyrocketed. Grocery stores were empty. You had to go to the black market to buy anything—which you could, from a sack of potatoes to cars to deutsche marks. There was a lot of unrest as this new country tried to form its independence and formalize a government. It was all very chaotic and uncertain.

As all of this was happening, donor organizations started arriving. I was one of very few people in Kyrgyzstan who spoke some English, so I applied for a job at the World Bank and was hired. I started as an assistant to the advisor on privatization, who was in Kyrgyzstan to assist about 40 state-owned companies transition into the private sector.

I would not say that I was inspired to go into the development field. It was more about finding a position where I could apply my skills and capabilities best. And, given the high unemployment and unrest facing the country, I was of one the luckiest few to have a job. It was an amazing opportunity for me, setting the foundation for my entire career and igniting my passion for global development.

I went on to work for a number of USAID field projects in the mid-90s as a local staff member. And today, I don’t just like what I do—I feel privileged to have such a fulfilling job.

Q. Early in your career, what would you say was the biggest obstacle you faced as you worked to establish yourself?

I had some insecurities about my background that I had to wrestle with. Kyrgyzstan was, and still is today, one of the poorest countries. Not only did I come from a poor country, but I also came from a very poor village. I grew up in a family of eight in a tiny house with no running water. There were many negative stereotypes about my people—that we weren’t trustworthy or smart or hardworking. I had to mentally and emotionally overcome these obstacles.

The language barrier was also a big challenge. In 1991, there was an announcement that the Soviet Union had dissolved and was no longer a country. My intuition told me that foreign languages like English would be valuable as the “Iron Curtain” came down.

So, I started taking English language classes, and I hired a tutor—but no one had been outside the country when it was still a part of the Soviet Union, so none of my tutors knew how to properly speak or teach English. I picked up what little I could, and it was enough to get me my first job at the World Bank. But I still had to work hard to gain the language skills I needed to keep growing professionally. I worked my day job and then I would spend hours at night, reading books to try to improve my English.

Q. After you began running the company, what were some challenges you faced as a woman leader?

I struggled, both as a woman and as an immigrant. As an immigrant, I speak with an accent and that can throw some people when we first meet.

To overcome these challenges, I had to look confident and speak with confidence, but I had to be careful what I spoke about. I had to work hard to establish credibility so that people would see past my accent and looks, both as a female and a non-white immigrant. Often, I stayed in the background and listened, but over time, as people got to know me through our work together, I think they had more confidence in me as a leader.

As a woman, I have also faced certain challenges. My husband, Steve Schmida, started our company in 2005. He was chasing work and doing consulting assignments while I managed the finances and handled business strategy from our home, while also raising our two young kids. Early on, we realized that I was suited to running the day-to-day operations and that I had a real passion for building and managing a company. So, I became the president and CEO while Steve focused on business development and project delivery.

Working as a husband-and-wife team, I ran into an interesting dilemma very quickly. Clients and partners in the global development world knew Steve, but they didn’t know me as well. Often, when we went to meetings, Steve would get introduced as, “This is Steve Schmida. He runs Resonance, and this is Steve’s wife.”  Even some of our early employees perceived me this way.

I wanted to be my own person and to be known for my own merits, not just as “Steve’s wife.” I switched back to my maiden name and went by Nazgul Abdrazakova, in part, to establish myself. I also made it a point to distance myself from Steve within the professional sphere, so that we weren’t always seen together—because I knew if we were, I risked always being seen as “his helper.” I did this for years until I established myself professionally.

Q. As CEO of Resonance, what elements of the company’s values or mission have been most important to you, personally?

I see myself in, and strive to live by, Resonance’s values every day—that we thrive together with a shared sense of purpose; that it’s important to bring an entrepreneurial spirit to the challenges we seek to solve; that we should embrace innovation and act with integrity, authenticity, and empathy.

These values and our company’s mission need to work in tandem and simultaneously, otherwise Resonance isn’t whole; and neither am I.

Q. Last year challenged everyone in many ways, but what did you find most rewarding or surprising about 2020?

The world went upside down in 2020, and everyone had to quickly adapt. It was hard for everyone, but, still, there were some silver linings. For one thing, I got to know the Resonance team much better, and I was amazed by how truly extraordinary our people are. There were so many difficult experiences in 2020, from the pandemic to struggles for racial justice to the U.S. presidential election, but there were moments when I leaned back and thought, wow, our people are simply amazing.

Q. What are one or two of your priorities as you work to shape and lead a fast-growing business?

I’ve thought a lot about diversity, inclusion, and equity, especially after the many conversations in our company prompted by the Black Lives Matter movement over this past year. It is a critical priority for me going forward that we bring more diversity of thought and perspectives into our Resonance team. We’re launching new initiatives to increase diversity within our own ranks, not just in terms of race, but socioeconomic class, gender, and lived experience. We’re striving to hire people from more diverse backgrounds for positions at Resonance, and we’ll be looking at diversifying our vendors and consultants too.

Another priority is to keep our mid-size business evolving. At this stage of the business, stagnation is a real fear for me. My goal is to keep advancing our mission and innovating to bring the next level of services and products to our clients and partners—to deliver greater impact and solve their biggest global development and sustainability challenges.

Q. What advice do you have for women just beginning their careers and/or who aspire to leadership positions?

To lead well, you have to develop holistically. You have to acquire leadership and management skills, as well as business acumen.

But just as important, you have to lead with your heart. At the end of the day, people will believe in you because of the great work that you want to do, and your heart and passion for it—not because of your title or credentials.

Know what’s important to you. What moves you? What inspires you? What is your dream? You must be very clear about the answers to these questions. You have to be clear on what you want from life, and from yourself, because only then can you build around that.

The Next Big Thing in Aquaculture [Q&A]