Championing Organizational Sustainability and Impact: Are You an "Intrapreneur?" 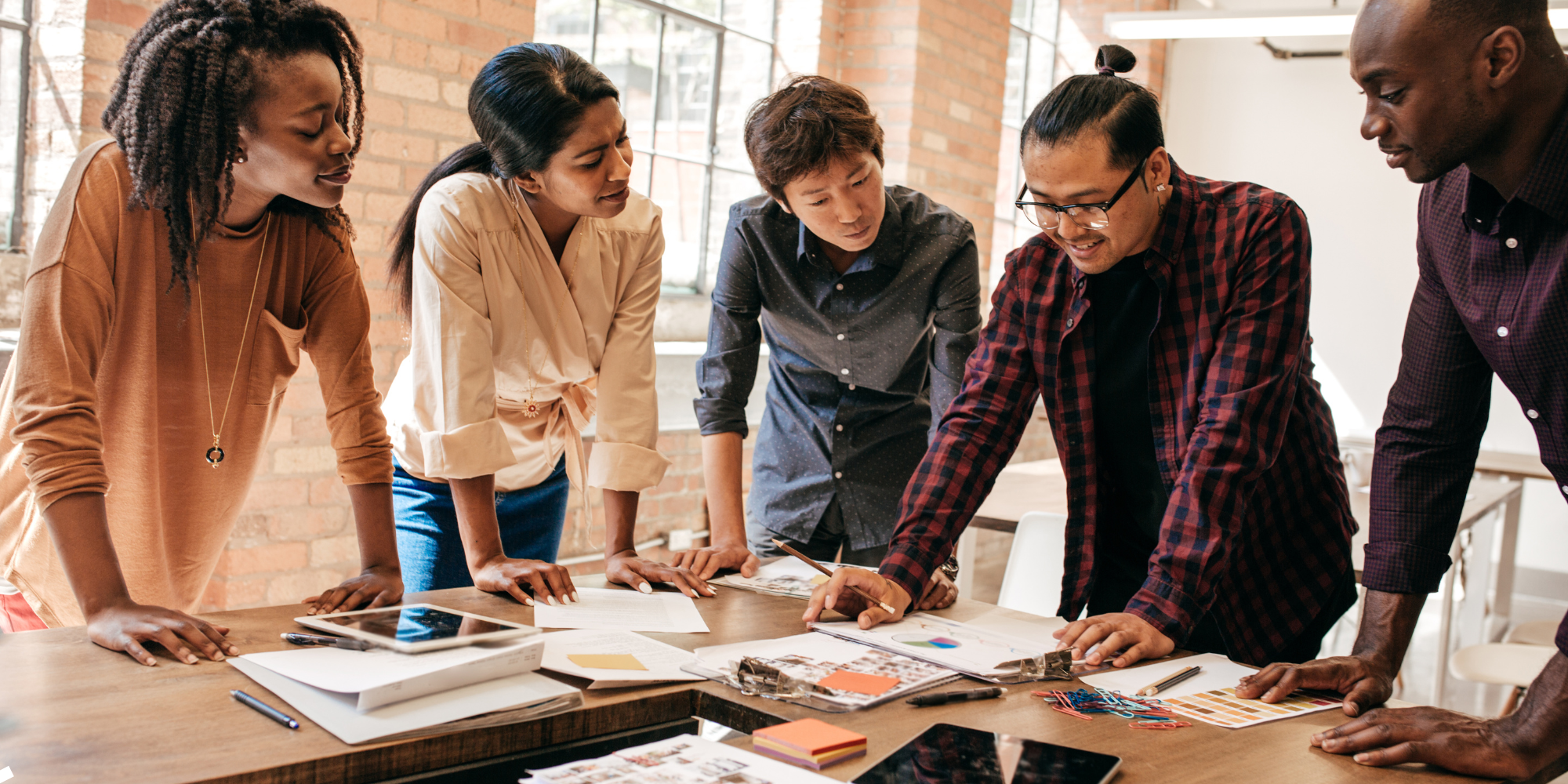 We believe the former has been around as long as the latter; we just didn’t have a term for it. Well, maybe we did.

What we do know is they exist everywhere, in many organizations, and their value added, or ROI, is often immense but underrecognized.

Whereas entrepreneurs harness ideas and acumen to launch, own, and often lead and manage start-ups or new venture organizations, intrapreneurs bring a similar mindset to existing organizations, working within.

Companies are facing breakpoint change in the face of climate change, SCOPE3, sustainability commitments, and ESG undertakings. Adding or training talent who can ignite, plan, develop resources, and forge partnerships to bring about transformative approaches for implementation to meet these aims just may be the most important investment you make in the coming year.

Despite the growth in focus on intrapreneurism (in the last two years, especially), there are several different conceptions of what it is, specifically. Let’s start there to tease these out.

What is an Intrapreneur?

Tater believes intrapreneurism (note his article title for his own unique spelling) is a new “working style,” spurred on even more given the growing work-at-home arrangements that exploded as a result of COVID but remained in place.

Employees were conveying a desire for greater work-life balance even before the pandemic started, including working from home (no commute time; less unnecessary interruptions; ability to focus), and got a taste of being able to choose where they wanted to live rather than living in communities tied to a brick-and-mortar office building.

In Tater’s conception, an intrapreneur isn’t always hired for a specific role; rather, they bring a skillset and mindset to a company or organization with the expectation they will be tied to performance or results-based outcomes (including in some companies, results-based pay).

He notes that although intrapreneurs work with other teams across an organization, their role can be very independent, and they’re in charge of their own success. They tend to function like long-term consultants, but with more freedom to “tinker” with dedicated organizational resources.

This differs a bit from the conception of intrapreneur first coined by the couple Gifford Pinchot III and Elizabeth S. Pinchot in the 1978 white paper entitled, "Intra-Corporate Entrepreneurship," they wrote for the Tarrytown School for Entrepreneurs, and it began to gain traction in the scholarly literature. In a February 1985 issue of Time Magazine, the article “Here Come the Intrapreneurs,” popularized the term outside of academic circles.

Essentially, an intrapreneur explores innovations, technologies, applications, and policies that will help improve the performance of an existing company. Although in the 1980s, this often meant economic performance, today’s “performance” includes a more expansive metrics, often intersecting with social and environmental indicators as well.

According to the Pinchots, intrapreneurs share similar traits and tendencies as their entrepreneurial counterparts including a willingness to take greater risks, assume greater responsibilities for outcomes, seek out novel approaches, and apply designs thinking to problems and challenges.

Very often, an intrapreneur has a broader vision for an established company that others may not see or share right away. This vision may involve radical changes to a company’s products or processes, but sometimes it means abandoning traditions and ways of approaching “business.”

Last year, Forbes featured an interview with Maggie De Pree, a co-founder of the “League of Intrapreneurs,” who described intrapreneurs this way:

“Intrapreneurs are your sideways thinkers, silo-busters, don’t-take-no-for-an-answer innovators inside companies, governments, and nonprofits. They can be found anywhere innovation is stalled by outmoded mindsets, institutional inertia, and bureaucratic red tape.”

She describes the League of Intrapreneurs as an organization or learning community of dedicated people founded “to celebrate and connect intrapreneurs who are determined to change the world for good.”

She notes that some call these changemakers social or impact intrapreneurs, who harness the assets of their institutions to solve the challenges like global health, inequality, the UN SDGs, ESG, diversity and wicked problems like climate change.

Succinctly, she tells Forbes that Intrapreneurs work FROM rather than FOR their organizations to solve real-world problems that need solving.

The League of Intrapreneurs has according to De Pree provided the community with a number of benefits, primarily, she notes, giving people hope that they are not alone in their desire to make a real impact or difference through their work. The community connects people to a growing network of others seeking to share best practices, learn, develop skills, and make real sustainable impact.

The organization relies on its own "League Theory of Change," and has also curated from its community stories, best practices, and lessons learned from those in its network in its recently published “The Intrapreneur’s Guide to Pathfinding,” which De Pree co-authored with Marjorie Bran, Director of Impact at the School of Social Entrepreneurship Ontario.

According to the authors, the guide is designed to help intrapreneurs “identify their bigger purpose, create more impact, find fellow co-travelers, and most importantly survive (and thrive!) the journey of change from within.”

When asked to cite examples for Forbes, De Pree offered several, including Dr. Myriam Sidibe, who led the largest public health campaign from within Unilever as head of social mission for the company.

Building on her work, Sidibe established Brands on a Mission, a movement to catalyze and generate an additional US$1 billion investment in sustainable business models that address health and well-being, contributing to achievement of the Sustainable Development Goals by 2030. She has authored a book by the same name, which provides a framework that brands and companies can adopt to transform this vision into reality. She describes the power of brands to solve global health challenges, conveying her story impactfully in this Ted Talk.

It is not a surprise that Sidibe was able to innovate from within the company toward this aim. We have learned in our own work with Unilever on an array of initiatives that the company is one that fosters the ability of intrapreneurs, or what De Pree describes as the ‘dreamers who do,’ to harness organizational assets for measurable social and sustainable impact.

In many ways, intrapreneurs are the people within organizations that Shannon Houde writes about in her book, “Good Work: How to Build a Career that Makes a Difference in the World,” which we featured in an earlier Insights. This book is a helpful roadmap to locating those companies and opportunities in the impact sector.

For those looking to continue to develop their skills as intrapreneurs, there are many inspiring examples in The Intrapreneur’s Guide to Pathfinding, and the League of Intrapreneurs offers an array of upskilling resources for that path, including an online course and peer mastermind circles, as well as a Global Fellowship program to help intrapreneurs have more systemic impact with their work.

The community also held its first in-person global conference and regional meet-ups under the banner, Global Intrapreneur Week, and the group hopes to be able to continue this as an annual event with the ultimate goal in community-building of inviting more than 1 million intrapreneurs to claim their identity and be recognized.

Do you want to heed the call? Are you an Intrapreneur? 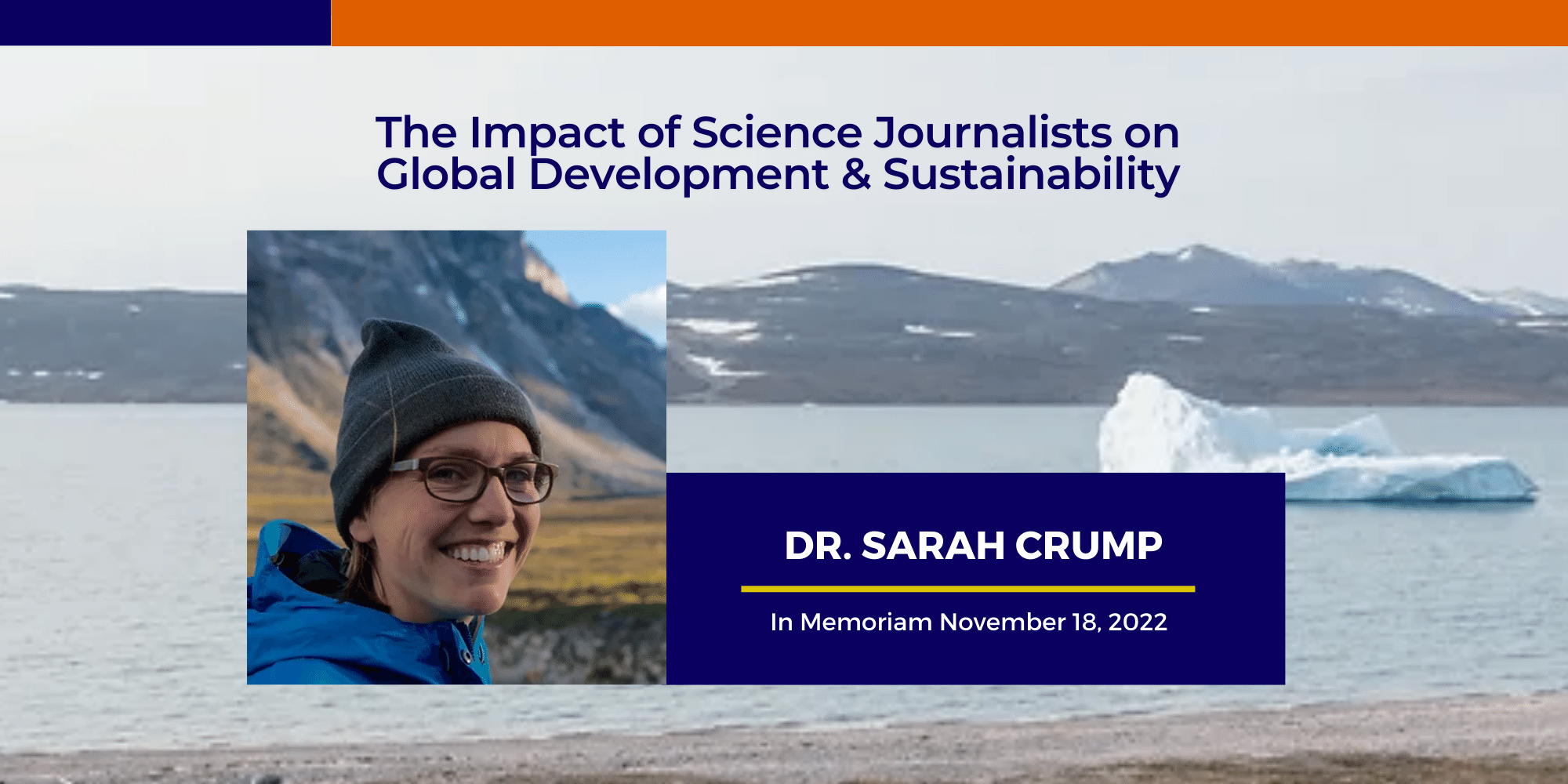 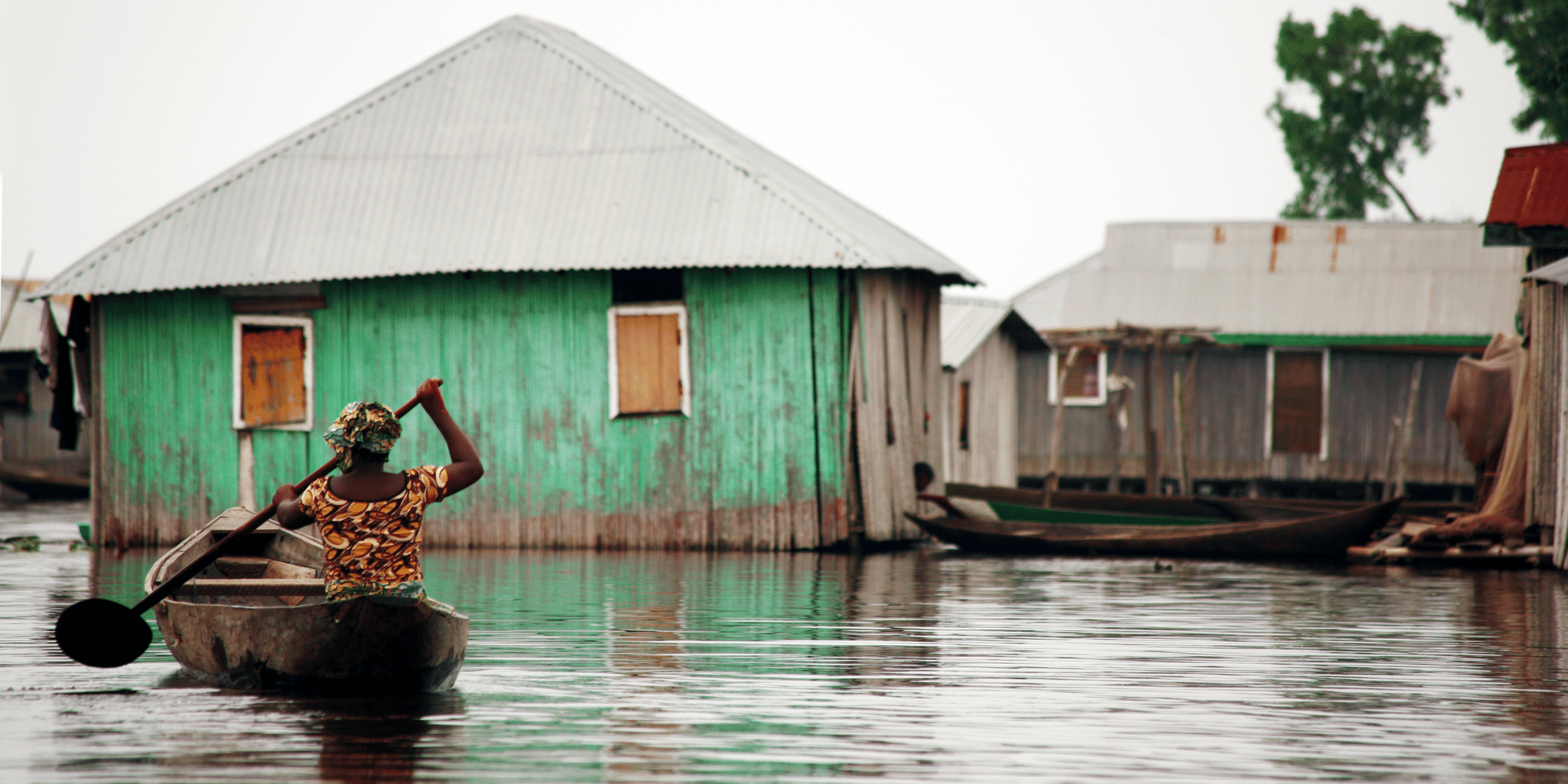 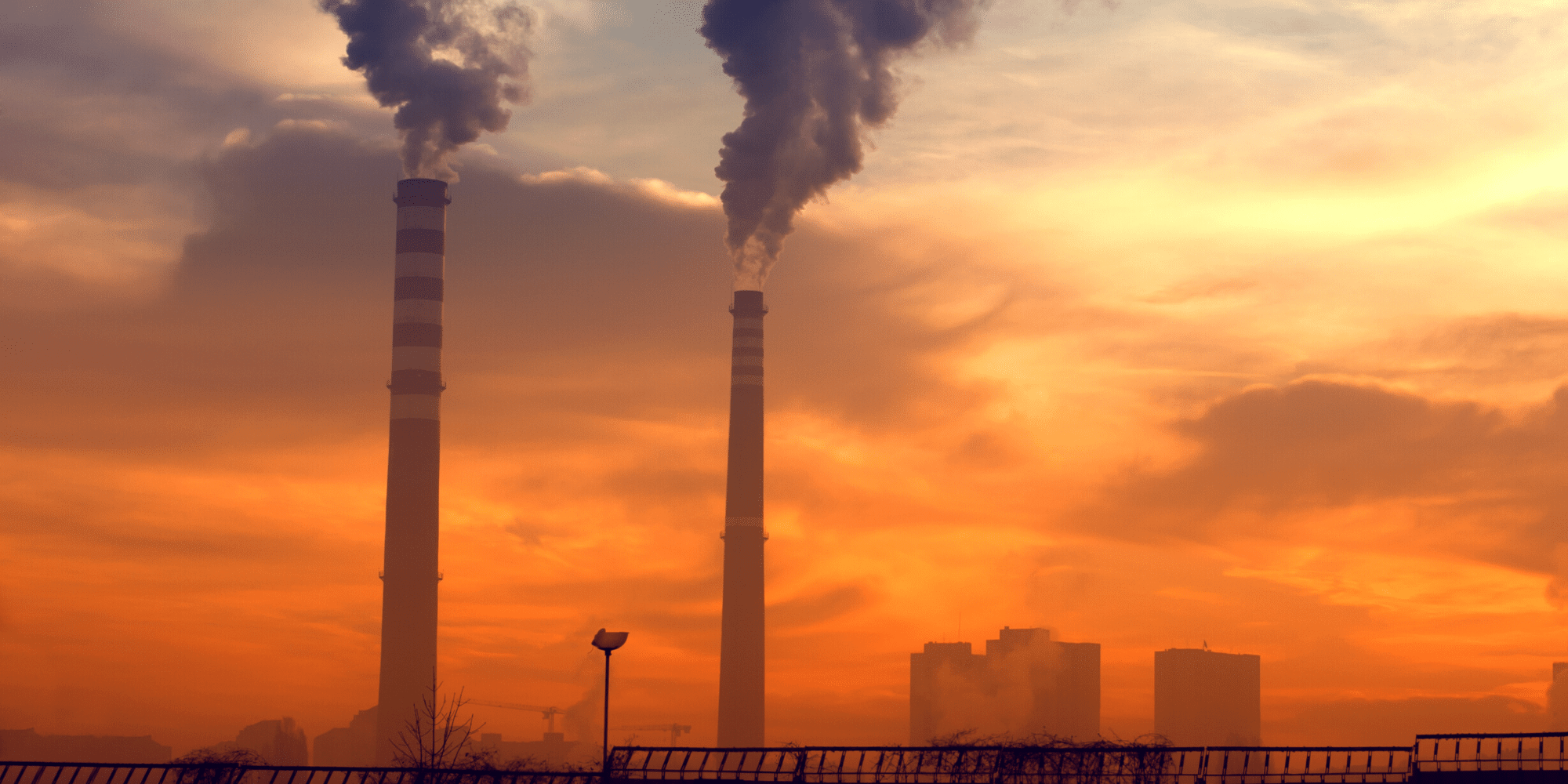