September 15-October 15 is National Hispanic Heritage Month, a monthlong opportunity to recognize and celebrate the many contributions, diverse cultures, and extensive histories of the American Latino community.

We thought this would be an ideal time to feature award-winning science journalist Rodrigo Pérez Ortega as the first spotlight in our series on the Important Role of Science Journalism to Sustainability Work. He is currently a staff writer at Science magazine, focusing on diversity in science, and editorial director of The Open Notebook en Español.

Based in Mexico City, Pérez Ortega obtained a foundational bachelor’s degree in biomedical science from UNAM and pursued his master’s in Science Communication at UC Santa Cruz. His contributions have been important to US science journalism as well, and he continues to illuminate important topics across continents.

Here we touch on the most recent published work from Pérez Ortega’s robust portfolio to highlight the reasons why we believe those engaged in global development and sustainability work should follow and actively support the work of science journalists as critical to what we do.

The Growing Research Of Myanmar Amber Linked To Conflict

Pérez Ortega’s latest piece in Science on the boom in fossil amber research in Myanmar ideally demonstrates the ways in which the work of science journalists can be foundational to communicating complex scientific information in a way it is accessible.

He adeptly describes the ways in which Myanmar amber is a ‘precious scientific resource,’ for paleontologists, highlighting preserved fossil details that can offer a snapshot in a historic timeline.

But the focus of Pérez Ortega’s article is not the scientific qualities of these ‘blobs of tree resin;’ rather the ways in which the boom in the research of amber is linked to, and benefits from, the country’s ongoing political conflict around the very mines that produce it.

Without detailing too much here, since the Science piece is an insightful read (and listen to the recent podcast), Pérez Ortega centers an academic article written by researchers Dunne and Raja Schoob. According to the National Association of Science Writers, presenting scientific scholarship that often sits behind a paywall (and thus not always accessible to the public), in a way that is easily understood, is one way science journalists add value to our broader understanding of complex and critical science-based issues.

In this particular study, the team tracks the amber publication record (how many research articles are being generated as part of a research agenda/topic area gaining traction over time) noting how it has moved in tandem with political and other events in the country.

More specifically, they claim and demonstrate how the explosion in publications beginning in 2014, growing exponentially, may be the direct result of research teams advantaging violent turmoil in the region for access, methodology, and collection of data (including taking or purchasing samples of amber), raising several ethical and legal concerns. This allegation is made more morally complicated given a UN Human Rights Council fact-finding mission found the Myanmar military guilty of genocide and crimes against humanity around this conflict. 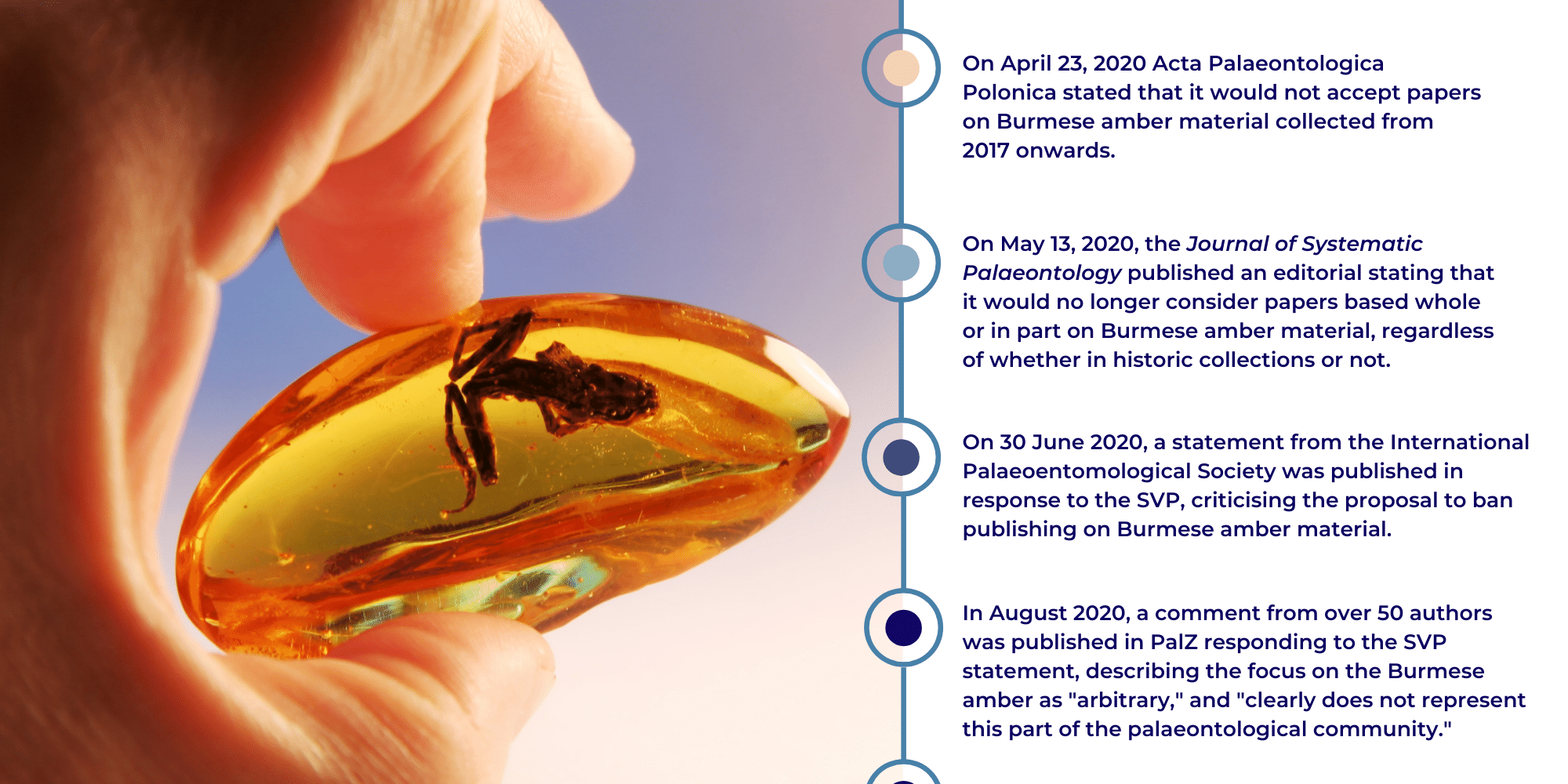 Pérez Ortega does a thorough job reporting on these ethical dilemmas, noting the ways in which interjecting alternative reasons for and critiques of this boom in publication interest. Beyond that, he masterfully hands us demonstratable and transferable lessons from his framing (though not an intentional bridge to our work).

This depth of contextualization around a scientific challenge reflects one of the many reasons why science journalism can be of tremendous value to our work in global development and sustainability, even beyond the scientific subject itself.

There are two specific and important lessons from Pérez Ortega’s article for sustainability work even beyond the topic of mined Myanmar amber.

Lesson 1. Anticipate and Mitigate the Potential Long-Lasting Ripple Effects of our Work

We must recognize that despite our best intentions and even a desire to do work that has positive impact, project approaches that accompany science-based challenges may also have unintentional but nevertheless ripple effects we don’t anticipate. And these effects may have little to do with science, and everything to do with socio-economic or geo-political impacts that are long-lasting. This is a possibility regarding the work and influence of researchers, scientists, NGOs, cross-sector partnerships, agencies, and implementing organizations like Resonance.

Project design should be foregrounded in deep landscape analysis with a focus on identifying potential concerns in advance and best practices to mitigate these impacts, particularly when those of us involved on the ground could exacerbate already existing tensions and challenges. And this should include deliberate examination through an ethical lens as well.

Pérez Ortega’s article emphasizes the complete absence of researchers in the body of scholarship who are actually Myanmarese. Instead, the scholars suggest it is researchers from other countries who are advantaging and even exacerbating place-based conditions that exist long after they and their team pull up their research stakes.

Pérez Ortega mentions a term that may be new to many – ‘parachute science,’ which involves foreign scientists working in other nations with little local involvement.

The ability to see the long game in each region in which sustainable impact project work is focused and embedded, and our own role in shaping that through initiatives and project work, may be a blind spot if local experts, champions, and stakeholders are not actively involved programmatically.

Every effort should be made to reject ‘parachute development’ and instead ensure local co-ownership of project design, implementation, and Monitoring, Evaluation and Learning (MEL) when possible as a guarantee of not only inclusiveness, but also as a democratic, participatory tenet.

Supporting the Work Of Foreign Writers

As a fellow at The Open Notebook, Pérez Ortega published an article based on an interview that included three foreign journalists and three editors of major science-based publications to discuss why it is so challenging for foreign journalists to break into US and European outlets.

The piece covers a lot of ground from challenges in working with foreign journalists on stories, such as lacking confidence in pitching stories to having less resources for research and reporting, as well as strategies foreign journalists might consider in landing their first US or UK assignment.

What is clear is that there are still far less foreign journalist bylines comparatively, though there has been some progress per the editors in trying to identify and encourage more foreign journalists to pitch to publications like Nature, Science, Scientific American and SciDev.Net, among others.

What We Can Do

For those of us who value science journalism and inclusiveness in participation and perspectives, there are opportunities to support foreign journalists like Pérez Ortega.

We can and should also support efforts to recruit, train, mentor and create networks for young journalists just starting out via donation to organizations like the World Federation of Science Journalists or donate science journalism textbooks to students in need via The Open Notebook.

So many discoveries, innovations, scientific challenges, and issues might not ever reach the public without the work of science writers and journalists.

(1) Hero photo includes profile photo of Rodrigo Pérez Ortega and his professional logo from his website and social media outlets.

(2) This Insights piece was developed as a commentary/comment on the importance of PérezOrtega's work, and the work of other sicence journalisms, to sustainability and the impact sector.

(3) Photography serves as a tool for scientists, but it also promotes scientific literacy towards the public. Often science journalists take their own photos on site, especially if they are freelance. Others work with staff photographers. Support their work, too, by following them and sharing. A healthy science journalism practice globally promotes democratic access to critical place-based scientific reporting.

(4) For a robust portfolio of Pérez Ortega's work, visit his website. 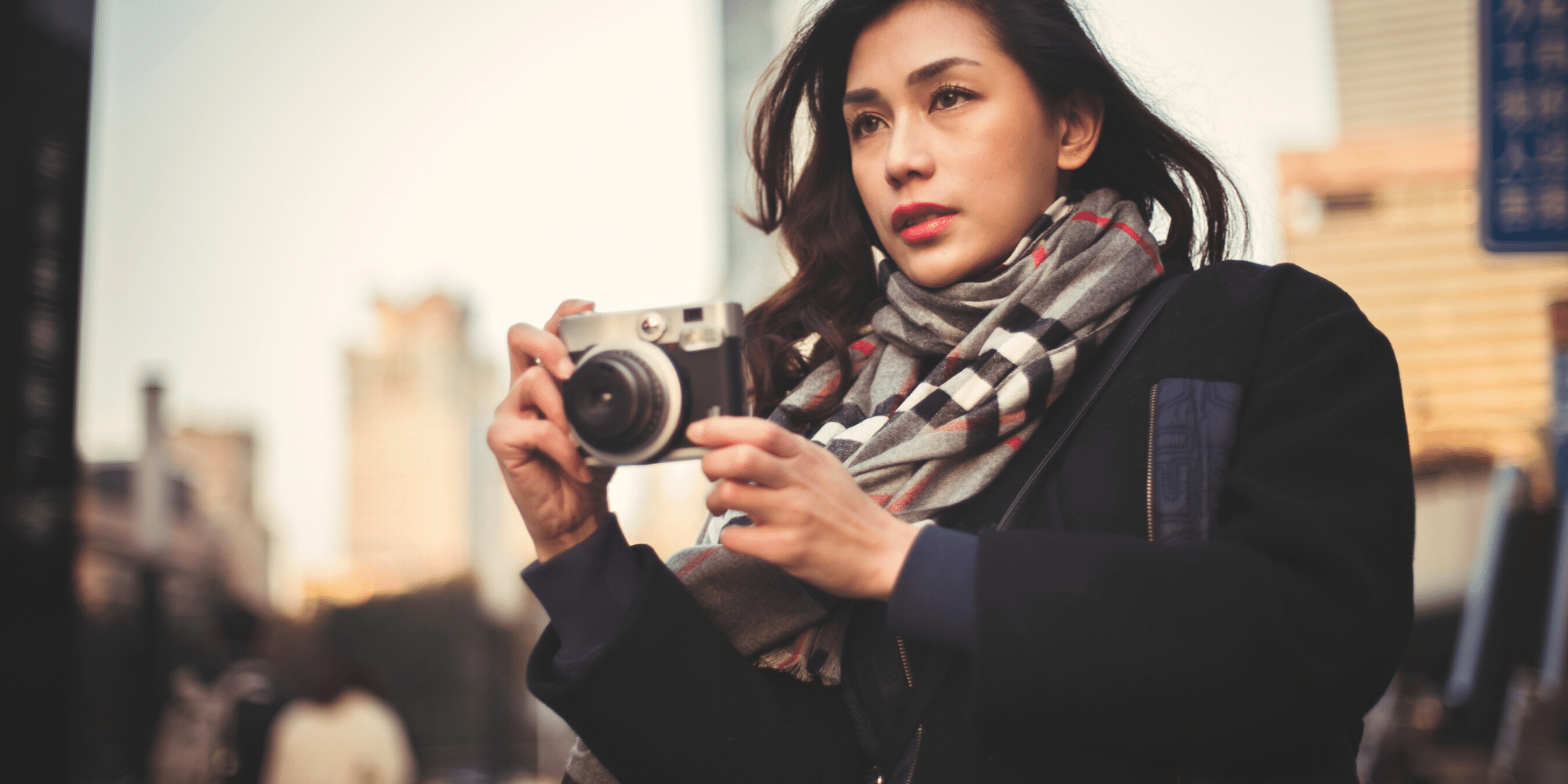