If loneliness is one of the great challenges for beginning entrepreneurs, the challenge for successful entrepreneurs is to know when it is time to evolve their role.  Building a successful business – in any industry – is incredibly difficult.  Having put their heart and soul in getting the company off the ground, most founders simply don’t know how to recognize when a company has evolved beyond their skillset or ability, they simply can’t ‘let go.’  As a result, the company stagnates, held back by founders unable or unwilling to let others carry forward their vision.

When I started the company that would become Resonance I had no idea what I was doing. I came from the non-profit world and did not know how the consulting world operated.  Working out of the spare bedroom in our house, with little more than a Blackberry, a laptop and a passport, I simply dove in - pivoting and improvising when necessary. Luckily, I received help and mentoring along the way, and in the process, the company survived – but not before making many painful mistakes.

Those mistakes led to the first and most difficult step in the evolution of my role as founder: I had to admit that I was (and still am) not a builder of systems, structure and processes – critical aspects of any growing business. That led me to invite my wife, Nazgul to run the internal systems of the company while I grew the client-facing side of the business. Neither the decision, nor the transition was easy on either of us. I have an ego, and giving up the role as the head of the company was a tough pill to swallow. For Nazgul, she was now the head of a company with a myriad of financial and operational problems, all of which needed immediate attention.

While the decision was initially difficult to reach, it had the desired effect. As CEO, Nazgul has been able to shape our strategy and instill structure and processes into our everyday activities.  This rigor, combined with efforts to grow our business and deliver great results for clients, unlocked the company’s growth potential. Indeed, we have doubled in size every 24 months since 2012. 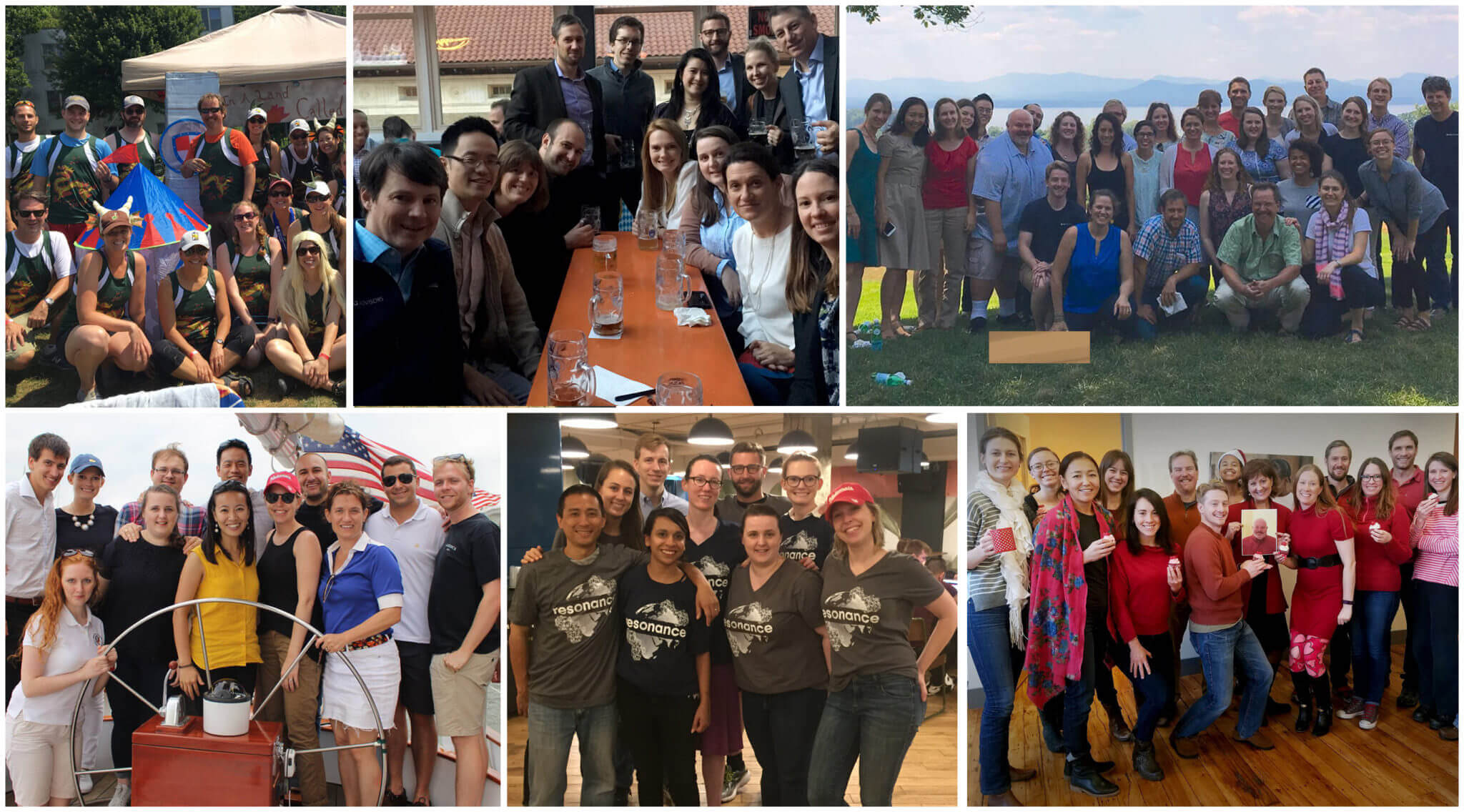 The growing and evolving Resonance staff, since 2012.

Having been through that first transition of the founder’s journey, I am now better equipped to embark on the next phase of my journey.  For Resonance to move to the next level, I need to evolve my role once again – focusing on the areas where I can have the greatest impact. I need to take a step back from the day-to-day management of the company, and therefore, I am handing over the leadership of our donor client work to our new VP, Steve Pelliccia.  Going forward, Steve P. is responsible for leading our team’s efforts to grow and deepen our work with donor agencies to transform how development gets done.

This begs the question: what is my role at Resonance going forward?  After a lot of soul searching with Nazgul, I decided to focus on the area where I can have the most impact: innovation. Innovation is what put Resonance on the map in the world of global development and sustainability – it is essential that it remains at the core of what we do. Therefore, effective July 1, I will become Chief Innovation Officer at Resonance, charged with working with clients, our team and partners to develop new opportunities for driving meaningful social, economic and environmental impact around the world. I will focus on ensuring that Resonance does not simply talk about innovation, but actually lives and breathes it every day.

As any founder will tell you, ‘letting go’ is never easy, but it does have an incredible upside. It means that all the founder’s blood, sweat and tears have resulted in something larger than oneself – a moment of transcendence. ‘Letting go’ signals the end of one chapter, but it is also the beginning of a new chapter yet to be written.

Steve working on various projects around the world, throughout his years as company founder. 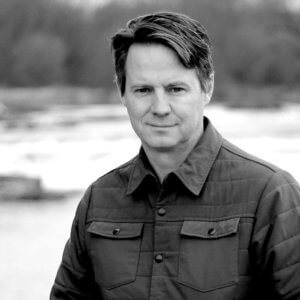 Steve Schmida is the founder and Chief Innovation Officer of Resonance. Working out of the spare bedroom of his home, Steve, working together with Nazgul, bootstrapped Resonance into an award-winning global consulting and advisory firm with more than 70 staff worldwide and offices in Vermont, Washington, DC, Seattle and Manila. Resonance clients include Fortune 500 companies, international donor agencies as well as leading non-profits and foundations.

As Chief Innovation Officer, Steve is responsible for working with Resonance staff, clients and partners on the development of new products and services designed to drive meaningful impact in frontier markets.  His writing has appeared in the Stanford Social Innovation Review, Medium.com, the Huffington Post and the Moscow Times.

Steve has worked in more than 40 countries across the world. Prior to founding Resonance, Steve lived and worked for 8 years in Russia and Central Asia, where he established programs for the Eurasia Foundation and the National Democratic Institute. Fluent in Russian, he holds an MA from the Fletcher School of Law and Diplomacy at Tufts University. 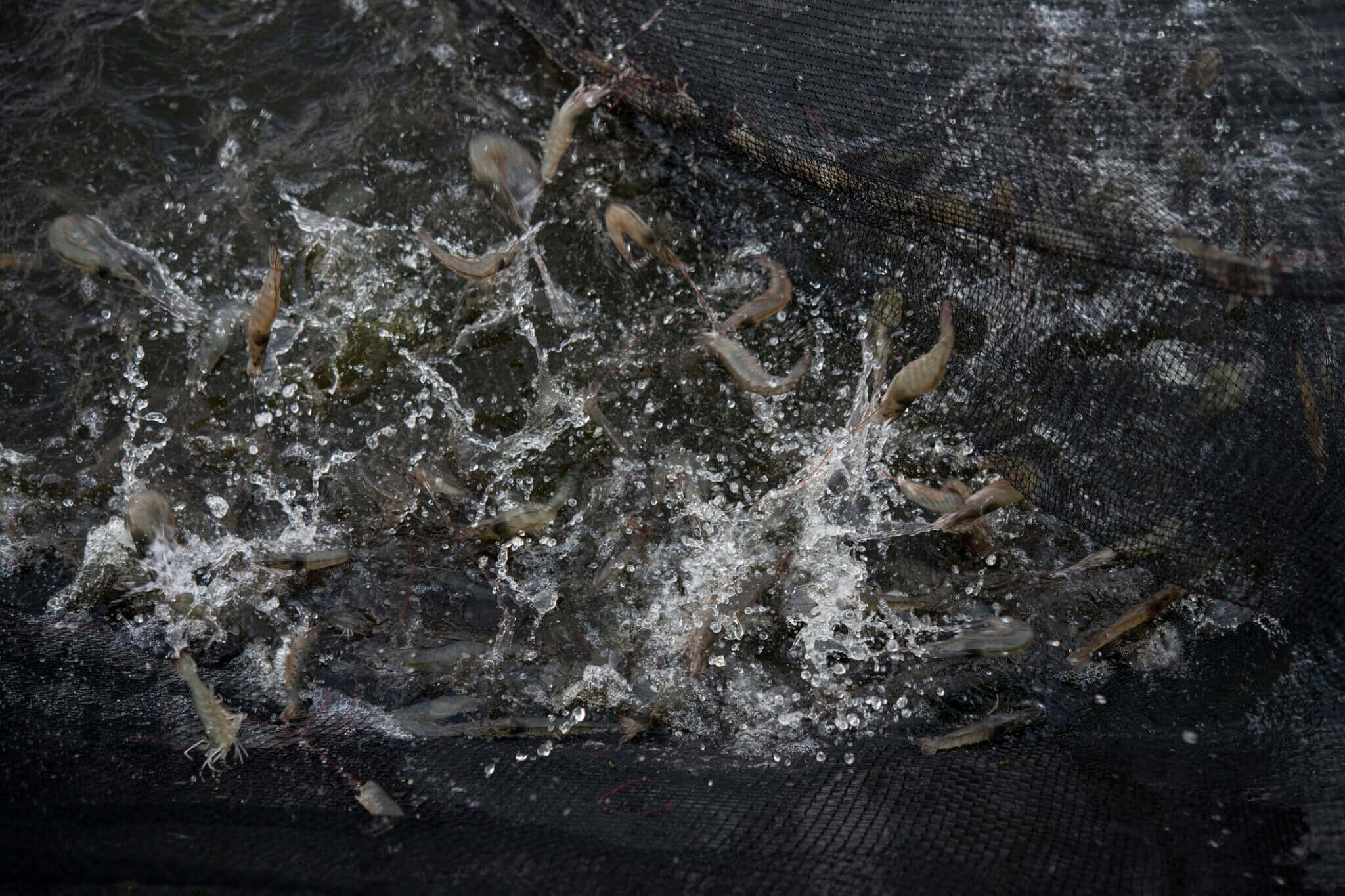